Here is what’s coming up on Christmas Eve and Christmas Day on Wycombe Sound!

On Christmas Eve, Aimee Musical Soundtrack starts our Christmas specials with two hours of music from the West End & Broadway, followed by the first of two shows from The All Saints Church with their 9 Lessons and Carols service. Followed by specials from Sean Mathews, Punkarolla & Keith Bowden. We then returned to The All Saints Church for live coverage of Midnight Mass.

On Christmas Day after Breakfast with Sally, The Three Wise Monkeys are back for their 4th Christmas Day Show with 3 hours of fun & games. Keith Bowden returns for his yearly rundown of (nearly) every Christmas number 1!

From 5pm on Christmas Day, hear Wycombe Wanderers manager, Gareth Ainsworth’s set from Wycombe’s Christmas Light Switch On and his thoughts from the last press session before Christmas! From 6 we countdown the most played songs on Wycombe Sound over the last 12 months from 6pm on Christmas Day. Will The Weeknd be number one again?

The always brilliant Funk and Soul Archive from 7pm followed by Party Anthems with Mykee T and Radiophonic finishes the day from 11pm. 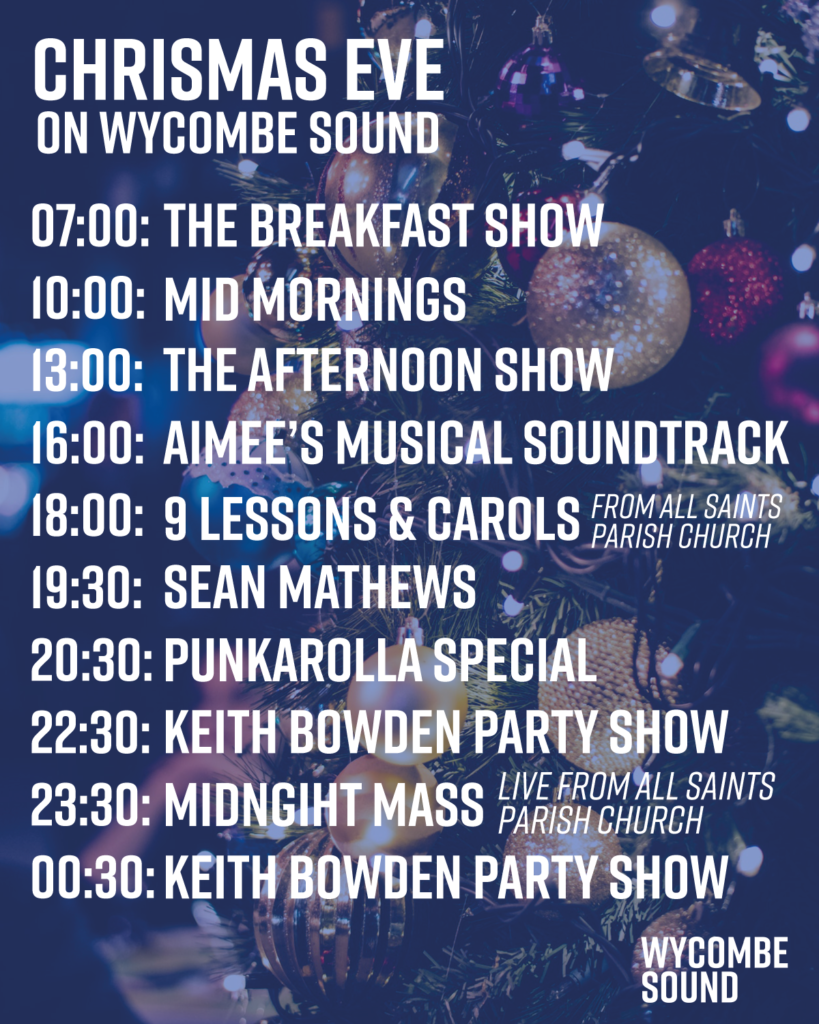 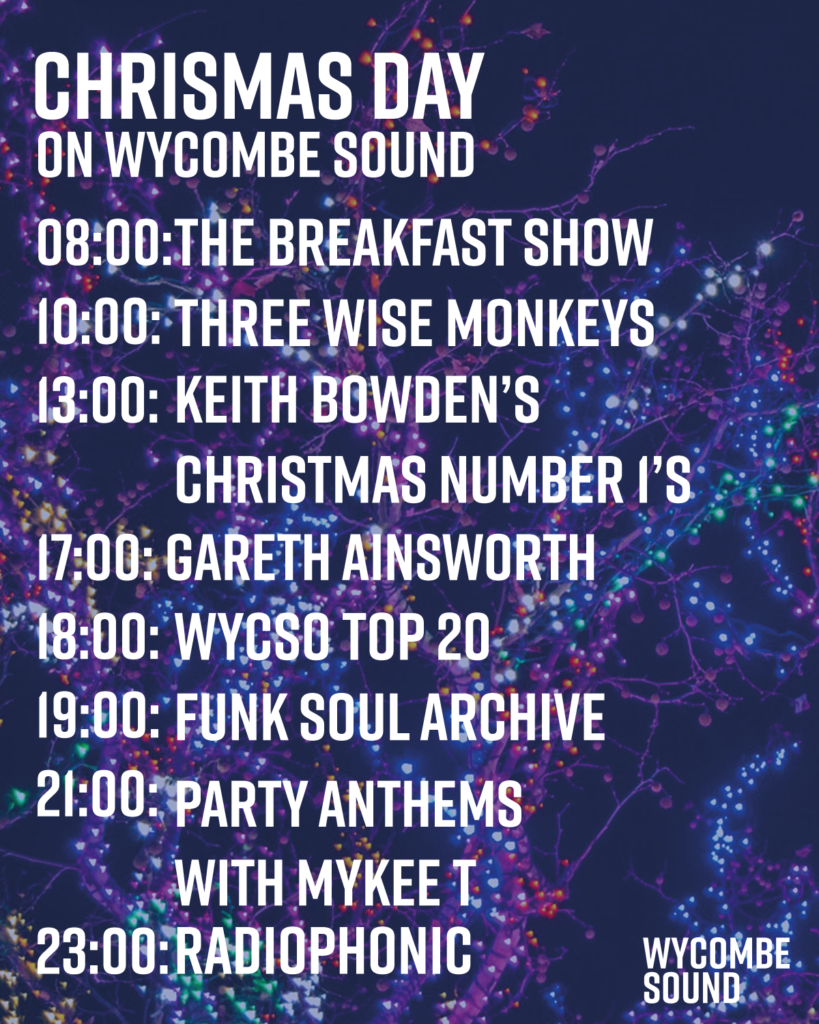 From everyone at Wycombe Sound have a very Merry Christmas

This website uses cookies to improve your experience while you navigate through the website. Out of these, the cookies that are categorized as necessary are stored on your browser as they are essential for the working of basic functionalities of the website. We also use third-party cookies that help us analyze and understand how you use this website. These cookies will be stored in your browser only with your consent. You also have the option to opt-out of these cookies. But opting out of some of these cookies may affect your browsing experience.
Necessary Always Enabled
Necessary cookies are absolutely essential for the website to function properly. This category only includes cookies that ensures basic functionalities and security features of the website. These cookies do not store any personal information.
Non-necessary
Any cookies that may not be particularly necessary for the website to function and is used specifically to collect user personal data via analytics, ads, other embedded contents are termed as non-necessary cookies. It is mandatory to procure user consent prior to running these cookies on your website.
SAVE & ACCEPT